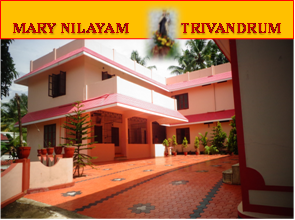 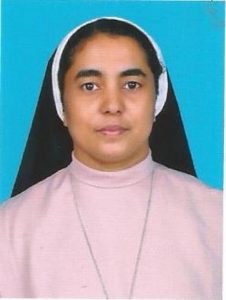 A house in the capital of the State was very desirable. Pangapara near Sreekariyam, Trivandrum, seemed most suitable for a house. On 28th February 1970, the sisters reached Trivandrum and they were welcomed by Bishop Rt. Rev. Dr. Bernard Pereira. On 4th March 1970, the Bishop blessed the little convent with chapel, and the long desired foundation in the capital city of Kerala became a reality.

25th March 1970, brought Mr. T.N. Kuriakose, Accountant General, to Mary Nilayam. This date became a landmark in the history of the foundation. He suggested a house and site available near the church, , with a good Catholic population around. The bishop happily approved the change of residence. So did Mother General, through the Regional Superior, Mother Mary. Mr. Kuriakose convinced Mother Mary that the convent and school at the new site at Pongummoodu would have a great future. A plot of 50 cents was ready for immediate sale and there was an adjoining area of three acres, with a house, at a cost of such an expensive step at the initial stage of foundation, with no income and borrowed fund. The same year 1970, Mother General’s approval gave the final touch. The sisters were permitted to buy Mr. George’s house and half acre of land and shifted from Pangapara to Pongummoodu. They saw in this transfer of locality the finger of God. Thus was born the infant convent of Mary Nilayam. The end of April 1970, the foundation stone of the first Apostolic Carmel School building in Trivandrum was blessed. Mary Nilayam Rajiv Gandhi International Creche was also erected in the sameyear.

On 16th July, the bishop blessed Mr. Krishnan Nair’ house, which would serve as the school. On 22 July came the news that Mary Nilayam was one of the 27 schools granted recognition for Std.1-IV. In the year 1973, came the erection of the boarding house block and Mary Nilayam Working Women”s hostel. . The postgraduate students of Loyola College required a hostel for ladies and the University Centre was in need of an accommodation for lady students. The school was upgraded to CBSE secondary school in 1999. The apostolate of school kept progressing and was appreciated by all concerned.On12 th November 2002, the new convent was built and blessed. The CBSE Higher secondary school had begun in 2012. The new school building was completed in 2018.