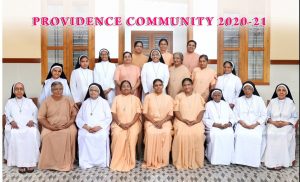 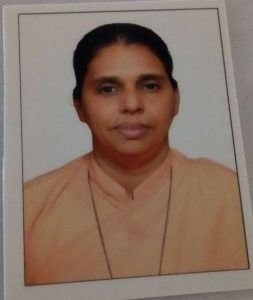 “Call it Providence Cottage”, suggested Father Zanetti Mathew to Mr.Theophilis Barbosa, who had purchased a house from the proceeds of a Derby sweep he had won. And Divine Providence truly took over the destinies of that little cottge.

What appeared to be a disaster, soon proved to be a blessing in disguise. The 1906 order of the Governemt, when St.Joseph’s European school, Calicut, came under the code of regulations for Europeans schools, and non Europeans on roll allowed were only 15% posed a problem for the Indian students. They rushed to the already existing St.Angela’s Upper Primary School, but they were not satisfied with the standard of education there. It was in response to the dire need of the local public, leading officials and business community, who wanted an
English education for their children, that Providence School was started on 23 June 1919. There were 79 students on roll and 9 teachers, with Sr. Leonora as the Headmistress. The school housed in Providence Cottage. There was an increase in the number of student, by 1920. The first batch for SSLC exmas was sent up in March 1930.
Lack of sufficient space resulted in the withdrawal of Government sanction. Five acres of land and a two storeyed building were purchased fromMooliji Banji at Evans Road. During the Kkkilaphat Movement of 1921, Gandhiji and two Ali brothers had spent a night in this building. So it is preserved as a historical monument. 15th June 1932 saw the birth of Providence Convent as a filial house of St.Joseph’s Convent. Sr. Mechtilda was the first Sister Superior and Headmistress with Srs. Bernard, Clarissa, Marcia, Priscilla, Attracta, Archange, Georgia and Dionysia as the first community members. Just two rooms and a verandah of the bungalow comprised the convent quarters. The hall upstairs was partitioned to serve as a temporary chapel. The rest of the building was used as class rooms. Sr.Leonora with much foresight had started building of a chapel in front of the building and contiguous it. There was a small terrace where Gandhiji had slept one night as the guest of Mr.Mooliji Banji, an ardent congressman. No one dreamed in 1931 that it would become a sacred spot as the place of a night’s rest of the father of our Nation.
In 1974 when our Mother General at her visitation suggested we should start a Gandhiji work centre in the building did we learn that Gandhiji always slept in the open, weather permitting, and the terrace would have been a historical spot. Before Sr. Leonora left she had added a broad verandah facing west to the bungalow with a facade that could be viewed from the train. It was her delight and pride to point out the facade to her travelling companions as the train steamed past the spot. Only later the station at Vellayil opend. It was so airy and breezy tht sisters called it their “West Brook” and holiday resort and were happy to spend their holidays there.
On June 16th Providence Convent had the privilege of having the Blessed Sacrament reserved and Rev. Fr.Manuel Coelho offered daily Mass. On 13th June the Papal Decree of the Canonical erection of Providence convent was received. It started life as a fully fledged convent.
In 1934, under Sister Gabrielle, the school witnessed tremendous growth. She was responsible for the school song “Providence, Providence” and the school motto, Semper Sperans. Malayalam became the medium of instruction in 1946.
In 1961, classes I-IV had to be seen as a separate entity, as a Lower Primary School, in accordance with the order of the Government. At the request of the management, parallel English Medium classes from std.V upwards were sanctioned by the government. As students from the L.P school, desiring the English Medium found it difficult to cope with the required standard, private English Medium classes were opened from the Nursery up to Standard IV called Providence Junior School.
In 1964, the 5th rank in the SSLC was secured by Providence High School and in 1977, the Chakkeri Trophy for the Best School in the State was also awarded to the school. In July 2001, Plus one classes began, On 30th July 2003 the L.P School building was inaugurated by K. Muralidharan M.P It was blessed by Bishop Dr. Joseph Kalathilparabil, Bishop of Calicut. The 2007 witnessed the laying of the foundation stone of Mother Veronica Memorial Block and also the inauguration of a Drinking Water System.