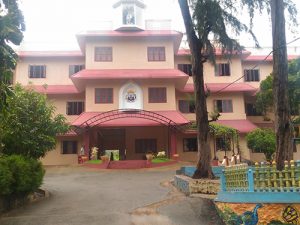 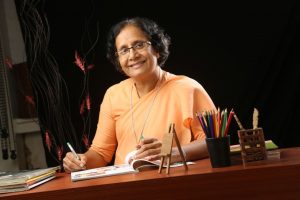 a) Name of the Institution : Mary Nilayam Senior Secondary School

Mary Nilayam Convent was opened on 26 April 1970 at the invitation of the late Bishop Bernard Pereira of Trivandrum. 50 cents of land purchased from Mr. George with a little cottage was the Sisters House and a house with three acres of land bought from Mr. Krishnan Nair was used as the Nursery School. A low cost Baker’s house with a seven sided school room with the tiled roof was the first nursery school. On 16th July 1970 the school shifted to Mr. Krishnan Nair’s house with 30 pupils on roll. We draw our inspiration from Christ, who willed the total development of every person as also from our foundress, Mother Veronica. While our education is directed towards the total development of the person, we are primarily concerned with instilling spiritual values in those who come under our care. Thus, we help them to take their rightful place as responsible citizens in Society. Mother Mary is our Patroness who inspires us to uphold the motto of our school. Mary Nilayam Senior Secondary School has taken up the mission of imparting quality education to the common population upholding moral values that keep the society integrated, harmonious and progressive.
The school grew steadily. Permanent recognition up to class IV was obtained from the government in 1988 and up to class VII in 1990. The school was upgraded into a High School with CBSE affiliation in 2001. In March 2002 the first batch of 8 students appeared for the AISSE Examination. Ever since, batch after batch has been bringing laurels to the school with cent percent results with a large number of distinction and first classes making Mary Nilayam proud. The school got it’s upgradation to Senior Secondary in 2011 and started XI standard classes in June 2012.