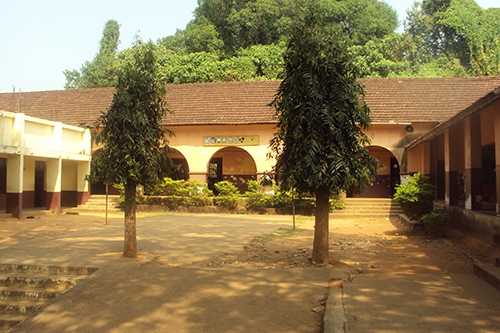 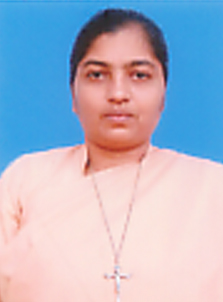 Ottapalam, with its rich heritage, had very little to be proud of, as regards educational facilities. Just a hamlet, situated between the commercial centres of Trichur and Palakkad, it was the seat of Nair aristocrats, who owned almost all the land in the village, and the rest of the population had a hand to mouth existence. The aristocrats were rich enough to afford education for their children, in the town or in the cities outside, but the rest of the population remained mostly illiterate, for want of adequate facilities. So there was a crying need to educate the women. The idea of a girls’ school was the brain child of Sir C. Sankaran Nair, who thought of perpetuating the memory of his wife by a school after her demise. Thus was born Lady Sankaran Nair High School. But the administration seemed difficult for them and in 1938 District Board closed down the Lady Sankaran Nair (LSN) Board High School.
The urge to illumine the society with the light of education and love for the Lord, propelled the convent authorities namely Mother Josephine and Mother Leonora to accept the offer and go ahead with the uphill task. The only condition attached to the agreement of transfer of the school was, that it should never be renamed, and hence, the school came to be known as Lady Sankaran Nair Convent School.

The Apostolic Carmel Sisters took over the management of the school on 18th June 1938 in a dilapidated shed. To bring up the school was a tedious work. By the grace of God Almighty and the hard labour of the sisters has brought Name and fame to LSN School. The year 1942, mark an epoch in the history of LSN School. Miss. D. Souza the Board inspectress requested Mother Josphine (Superior General) to open a Secondary Training School with Malayalam as the medium of Instruction and Sr. Eanswide A.C. was given the charge. In 1951 Lower Primary Section was extracted from the High School and joined to the Training school as its feeder school.