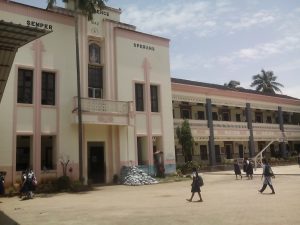 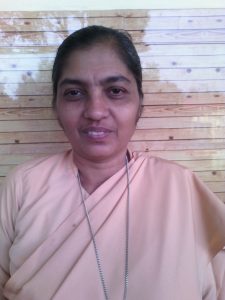 Vision and mission : Rooted in faith, ignite lives and mould responsible citizens to enlighten the world. As Apostolic Carmel is an amalgam of prayer and action, rooted in prayer we reach out to the society to sparkle lives instilling values of Christ along with knowledge to build a better world.

“The mercies of the lord, I shall sing forever” .These words of the Psalmist can fittingly be echoed by this Institution completing its 98 years of existence.

Next to divine Providence, this school owes its existence to the public –spirited citizens of Calicut. The Indian officials and the business men desired a Convent- oriented English Education for their children. A mammoth memorandum from the leading officials and business men wrested from Government, the sanction to start in English Medium Secondary School in 1919. Sister Leonora was to be the moving spirit from its inception. The convent purchased the place and the school started on June 23rd 1919 was named “Providence”. The sanction for Providence English Secondary School was received on 25th January 1920. Donations came in and the building grew a joint venture of St. Joseph’s convent the parents and the labour of the students with sister Leonora as it guiding spirit.

The D.P.I himself visited the school and permission was given to open from IV and progressively forms V & VI. The Providence High School seemed to have been established and in March 1930 the first batch of SSLC students were sent up. In June 1931 the school was transferred from St. Angela’s Primary School Campus to the present site. Forms IV to VI were re-opened. A thatched shed housed classes I to IV on the spot where now stands the magnificent building, and architectural dream of Mr. M Sankaran who acted as supervisor and director.

The School under Sr. Gabrielle progressed gradually. The school Motto “Samper Sperana” – ‘Ever Hopeful’ and the school anthem were the outcome of her genius. From 1934 to 39 she was the life and energy of Providence School .On the 23rd Sept. 1938 the foundation stone of the present edifice the master plan of Mr. M. Sankaran, was blessed by the Bishop of Calicut, Rt. Rev .Leo Proserpio S.J Earlier in 1936.

In 1940 Mother Thecla took charge as headmistress and superior. In spite of over–whelming odds she put in to execution the façade and hall of Mr.Sankaran’s dreams in 1942.

In 1946 Mother Josefa returned as superior and headmistress. The school continued to grow and flourish and maintain its lead as one of the premier Institutions for girls in Calicut.

In 1947 in the midst of our jubilation over our newly won Independence sounded a sober note-orders to start Malayalam as medium of instruction. In 1949 the school enthusiastically welcomed back Mother Gabrielle, now superior and headmistress. She was God’s elect to bring to birth the long cherished dream of mother Leonora, now long since gone to her reward. The hurdles on her path were innumerable, high insurmountable. With undaunted courage and unfailing trust in Providence, she forged ahead. Her struggles, toils, disappointments, heart aches and headaches are all recorded in the Book of Life.

In 1952 Providence College was opened here with Mother Gabrielle as its first Principal. The work of Headmistress passed on to the hands of Sr. Yvette and in 1954 to Sr. Theresina with Mother Gabrielle still guiding and directing. In 1955 the college was transferred to the now building at Florican. In 1956 Sister Eanswide, an experienced Headmistress of Indian and Anglo Indian school took charge. The school continued its lead in inter school, inter district and inter- state activities. In 1958 with free education from standard I to VIII there was a fresh inflaw of pupils. The college came in handy for the new section Mother Eanswide took charge as superior, continuing as headmistress in 1958. After six years of steady progress, the school welcomed for the third time, Mother Josefa in 1961 as headmistress and superior. In 1964 the school ranked 5th in the state at the SSLC examination securing 45 first classes.