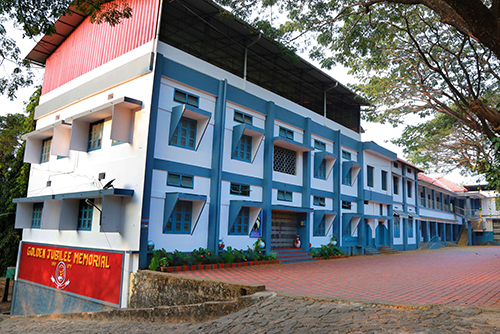 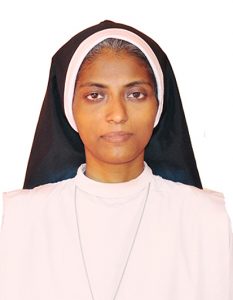 The Purpose of our school is all round development of girls of the locality.
St.Therese School started in 1929 on January 19th for the education of the girls of the locality. In May 1961, the L.P section was separated and new Headmistress was appointed. In 1980 the golden jubilee of our schools was celebrated and a new block was erected. In 1985 English Medium School was closed down and it was again renewed in the year 1992. In 1997 a separate building for the LP school was constructed. Plus two section was started in the year 1998. We started with a meagre 30 students and now can boast of a strength of 1200 pupils in H.S section. We celebrated the Platinum Jubilee in 2005.

At present there are 50 dedicated Teachers and more than 1500 students. Seeing God in man and expressing God’s love, through love for our neighbour we try to serve God’s people through education. We have a good computer lab and a smart class room for H S and U P section .Computer lab now has more than 25 computers as well as laptops. In the year 2015, the high school block was renovated and made more stable. A basket ball court also has been installed in our premises. Our kitchen is fuelled partly by a bio-gas plant. We have also got a vermi-compost unit installed here.

We have achieved many laurels both in the curriculum and co-curriculum arena. Many of our students over the years we have had many rank holders from 1961 to 2005. We have been having 100% pass in SSLC continuously.

The school provides catholic education for the pupils, improved the social and cultural standard of the society and raised the economic and moral status of the people. We have succeeded in maintaining a respectable place in the society over the years.