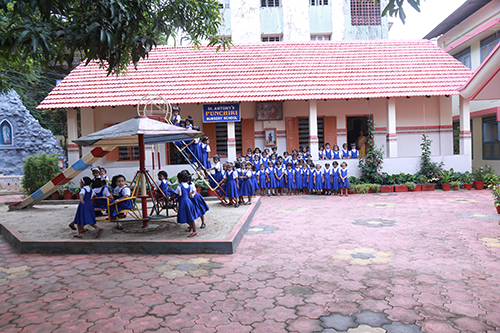 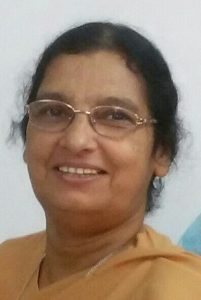 In 1966 the Public requested for the opening of the nursery class and promised aid for its construction. One of our benefactors THE PUNCHIRI family donated a large sum and requested the Nursery class to be named Punchiri. It was opened on August 19th 1966.
Now the Punchiri, Nursery school is renovated having the standard of the full fledged Malayalam Nursery School – the only one in our Province. Its strength is 82 little ones with four staff and Sr. Maria Sujitha the headmistress. Because of the high performance there is great demand for admission in the School.