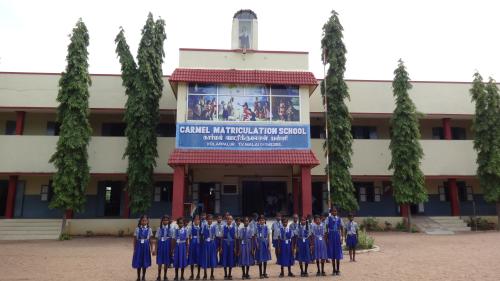 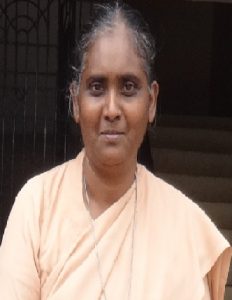 The Bishop welcomed them warmly to the Diocese of Vellore. We were also asked to start a Matriculation school as there was great demand for English education. Kolappalur is a village where parents were uneducated and they wanted their children to be educated and to be better citizens. In 1995 at the request of the Bishop Rt. Rev .Dr. A.M. Chinnappa S.D.B, we started an English Medium Private School. LKG and UKG in 1959, . Std. I in 1996, II -1997, III-1998. In March 1998 we had 145 children most of them from the neighbouring villages. Sisters and two lay teachers taught in the school. A lot of improvement was seen in the children and a good training was given to them. So the Education Department was very much pleased at the performance in the school. In August 2010 Our then Superior General Sr. Agatha Mary visited our Lordship Rt. Rev. Dr. Soundaraj and discussed about the purchase of land and our mission in the place. The transaction of the three acres of land the RCM high school building was an important milestone in the history Carmel Illam.. After almost a year of correspondence between the Bishop of Vellore Rt. Rev. Dr. Soundaraj SDB and our Provincial Superior Sr. M. Snehalatha A.C and with the approval of our Superior General Sr. Agatha Mary A.C. the “Title Deed” was signed on 21st March 2011. The land with the school building now belongs to the Apostolic Carmel to be used for the spread of Christ’s kingdom. In 2011 we applied for the upgradation and opening of Matriculation School. In 2012 the strength of the school rose to four hundred and fifty. The Director of Matriculation Schools granted permission to continue our apostolate. The Matriculation school received permission to continue from LKG to VIII standard. in -2012-13. Recognition from LKG to VIII in 2014-2017. We were granted permission to start Std IX and X – 2014-2015 with recognition. In 2016, 10 students appeared SSLC public exam. The school has got a good library, computer lab, science lab and a smart class room. We thank the Almighty for His blessings in abundance during the last decade and a half that helped the growth of the Apostolic Carmel in this part of our mother land.