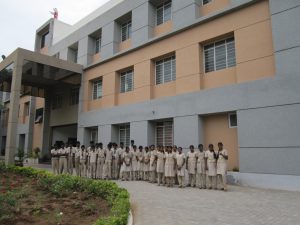 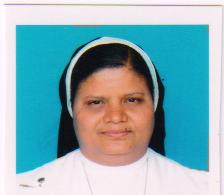 Year of starting : 2007
Apostolic Carmel Sisters landed in Pollachi in the year 2006. Srs. Rosilina, Kirthana and Jacintha Maria worked in the school under the management of Mr. George the correspondent of Good Shepherd Matriculation School.
In the year 2007, 20th March, we the Apostolic Carmelites bought the school, from Mr. George and took over the management. The people from the locality looked up on Sisters with much expectation in the field of education. Sr. Elizabeth was the first Principal after we took up the school under our management. We have extended the quality education and made our students to experience the charism of our Congregation. In the year 2009 Sr. Jacintha Maria took up the charge of the school. Every year we have secured 100% of results in the 10th public examinations. Students are taught to respect and to love the poor and needy. They are provided opportunity to express their love for nature and to take care of the surroundings.
A turning point in our mission in Pollachi came in the year 2016, as we have put up a new school building with all the requirements expected by the Educational Department. The students and the parents are happy with the new atmosphere. We will be starting +2 in the next academic year.