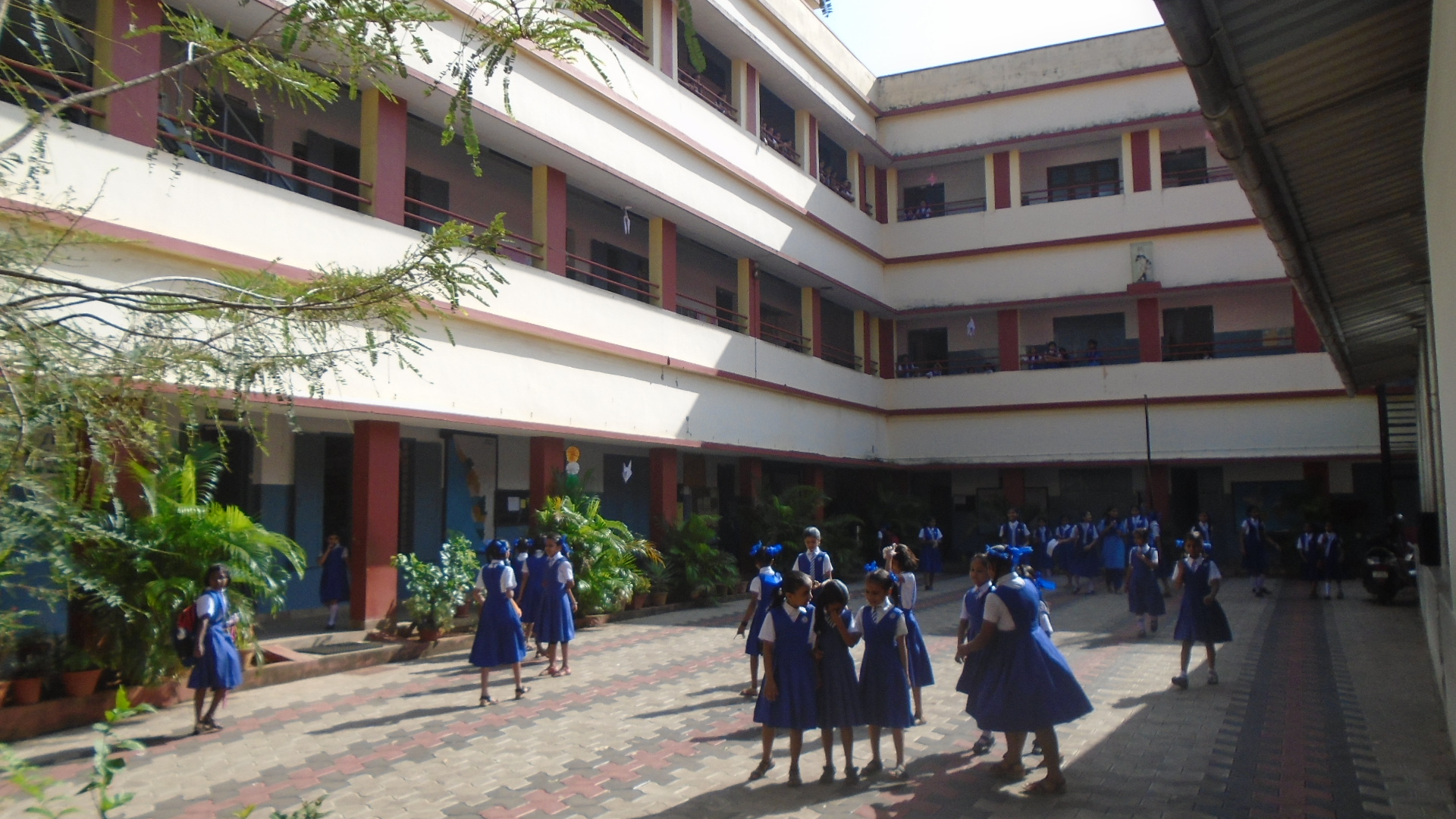 St. Joseph’s native School got recognition in 1882. Three years later for the sake of the poor children an orphanage was opened in 1885. The School bought up a land at Evan’s Road in Vellayil and shifted as Providence Girls School on 08.01.1932.
St. Angels was a saint for the poor and this school was named after her. At the time of recognition the School had 36 students and 2 teachers. It was lower secondary school during the year 1895-1904 Later in 1905 6th, 7th and 8th standard were opened. The number decreased and the 3 higher standards had to be closed. In 1905 it was made into Primary School. A no. of headmistresses and staff worked conscientiously and made teaching a part of their lives and their hard work brought about the success to this institution
In 1937 the Manager opened a craft centre with looms and employed the older boys and girls to weave cloth. The Government gave recognition in 1940 for this craft weaving centre. In 1963 stopped the admission for boys. The orphanage was closed in 1981.

Now St. Angela’s is one of the best U.P Schools in Kozhikode City. There are 16 divisions from 1st-7th standards besides LKG and UKG. Total strength is 776. The hard work of the staff keeps up the standard of the school. Timely seminars and awareness classes are given to the parents, teachers and students.