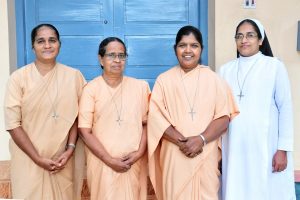 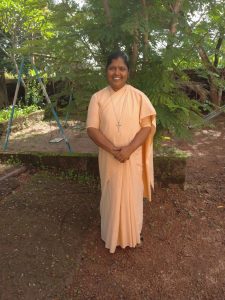 Mr. C.M John, Sr. Renne’s father invited the Apostolic carmel to open a convent at Changanassery. In 1982 the dearth of vocations led the province to seek opportunities to open a convent at Changanassery where catholic population was deemed a fertile place for vocations. The Arch Bishop Mar Antony Padiyara gave his consent to open a convent .Mr. C.M John gave the sisters one of his houses which was vacant in the town for the sisters to stay till the convent is built. 19  th March 1982 was fixed as the opening day of Carmel Convent in Changanacherry.

The people of the locality requested the sisters to begin an English Medium School where they could send their children. In June 1993 the KG section started in the existing Convent building. In May 2002, the school was re-modelled on the top of the convent building and had classes from Std I to Std IV. For the further expansion of the school 2.19 acres of land was bought in Vakkelpady in 2014 in addition to the existing land and the new building was put up with all the facilities and blessed on April 9th, 2015 by Rt. Rev. Dr. Joseph Perumthottam, Archbishop of Changanacherry. On 15 th September 2020 Inspection for affiliation up to standard X was conducted by the CBSE Board . The Board was pleased with the functioning of the school.