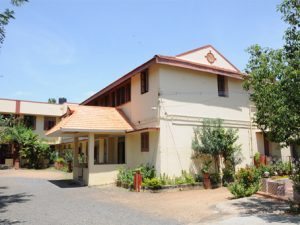 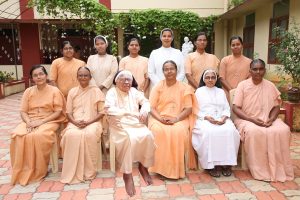 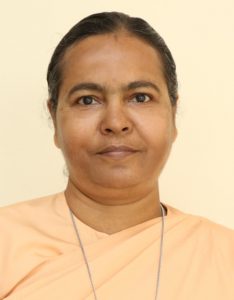 A railway Official Mr. Joseph approached the Apostolic Carmel sisters and requested them to open a school for the Catholic Children. Their meeting with Mr. Theophilus, a retired Tahsildar and Mr. Mariya das was the genesis of Christ King Convent and School in Tambaram. In 1935, Superior General Mother M. Annunciata

A.C with the permission of the Bishop of Mylapore gave her consent to open Carmel House at Tambaram, in a small home rented from Mr.David.

Christ King Convent School was started with 37 pupils at Carmel House and the medium was English. The Bishop of Madras encouraged the little foundation – Carmelhouse by sending a remittance of Rs. 50 per month to cover the house rent and the salary of the Tamil teacher. The present convent and Primary School were started in the church land given by the Bishop. In 1938 Christ King Girls’ higher. Sec. School was started functioning in the land allotted by the Collector Mr. Gawne. The railway board leased a land in the railway colony and the Middle school was started.

In 1938 the sisters moved from the Carmel house to the present Christ King Convent and School with classes I to V. This Primary school continued as a private school for almost seven decades. In 1939 at Carmel house, an orphanage was opened with 26 children. A new building was built and the Orphanage was named later as Christ King Home. In 1940 Christ King Girls’ Hr. Sec. School was recognized by the Government. In 1942 on February 19th, it was shifted to Selaiyur. In 1970, Centenary year of the Congregation a tailoring centre for the poor women of the locality was begun. In remembrance of the silver jubilee of the convent, a home for  the physically and mentally challenged children was opened in Amali Illam. In 1973, Christ King Society was registered in Madras under the Societies Registration Act of 1869. In 1979, a new building for the craft centre was built with the help of Dutch Bishops campaign. In 1987, the convent in Nanakudy was opened in memory of the golden jubilee of Christ King Convent and School.

In 2003, Primary school was recognized by the Matriculation board and it was upgraded (VI to VIII school was upgraded in to a high school. In 2007, A new block was built for the high school classes with spacious laboratories in 2011. In 2016, the school was upgraded in to a Higher Secondary school with four streams of higher secondary courses. In 2016 Community college was started. Christ King convent and Schools continue  to spread the Good news by their presence and Apostolic works. May Christ the King reign over us.