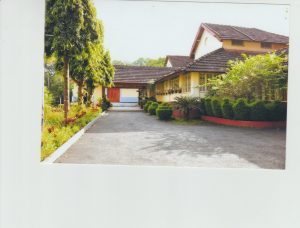 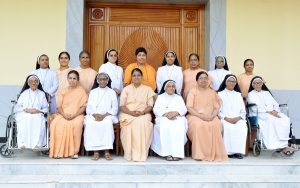 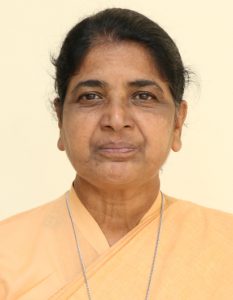 S.J. and the Mother General Mother Sylivia. The opening of this college with Mother Gabrielle as Principal marked the beginning of a new era, not only in the history of the Institution but in Malabar itself because it was the first women’s College in North Malabar. In 1953 the college was shifted to its own building atop the picturesque Florican Hill. Providence Women’s College was opened on On 21st March 1955 in the new building.

Florican Hill was re-named Carmel Hill, on 20th June 1955, Srs. Eugenie, Amelle, Clare Mary, Stefana and Mother Clarissa were forced to move out of Providence Convent into the arms of   the Queen of Carmel. On 25th June Srs. Fidelis, Edburga, Jane Mary and Bernard joined the little community. The convent was just the Chemistry lab, no rooms, no convenience of any sort. The formal opening of Carmel Hill convent and preservation of Blessed Sacrament were on the 29th June. The Bishop celebrated Mass and Christ came to reside at Carmel Hill. We cannot but marvel at the wonderful growth of Providence college. It is the pride and joy of carmel hill. The tiny sapling that began with 32 students has grown with 1800 students with 6 post graduate courses and 13 under graduate courses 6 UGC approved and more than 120 staff, and two hostels that accommodate 400 students. In 2011, the college received second cycle of accredition by NAAC A grade with 3.11 CGPA. A new Diamond jubilee block was inaugurated in 2014. In 2015 Diploma course in jewellery Designing under the community college scheme of the UGC waas begun. The college received the status with the potential for Excellence (CPE) by the UGC.

In 2017 the college has been granted A+ GRADE with 3.52 CGPA in the Re-accreditation by the NAAC. The Departments of Physics, English and Botany are approved research centre affiliated    to the University of Calicut. Carmel Hill convent a tiny acorn has grown and blossomed. The superiors at the local, provincial and general levels, ecclesiastical and civil authorities, Principals, staff and students, friends and benefactors, the numerous labourers who toiled in the campus , have contributed towards making the institution what it is today.