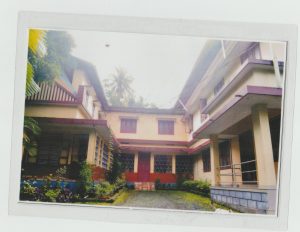 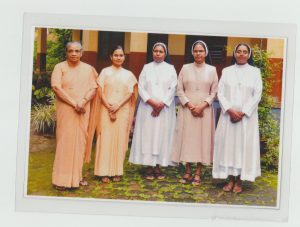 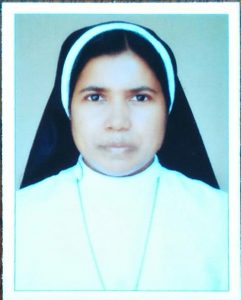 Kasaragod with a mixed population of Muslims and Hindus had a small minority of Catholics  for whom diocese of Mangalore had built a church and appointed a parish priest. In 1937 the public of Kasaragod approached His Lordship Rt. Rev Fr. Fernandes, the Bishop of Mangalore with a petition for a girl’s secondary school in Kasaragod. According to the petition, with a consent from the Mother General we proceeded to the mission in Kasaragod.

Madonna Convent and A.U.P School are situated opposite Kasaragod Railway Station very near to the Arabian Sea surrounded by beautiful greenery. It was in 1937, in the 69th year of the congregation during the tenure of the third Superior General, Mother Josephine, Madonna convent was begun in Kasaragod. In 1939 the petition came again through Mr. Shammad MLC. Mother Josephine paid a second visit to the place and found a suitable place for the Secondary School. On 26th May 1939 Mother General dedicated the house to the Mother of God under the Title Madonna Convent. After the blessing of Convent, it was decided to open the new school next day. Sr. Victorine was in charge of the community and her father adopted this little house as his own and he sent material gifts often. Inspectress of the school showed keen interest in the school and granted the recognition required. The foundation stone was laid in 1940 for a new building which was donated by Dr.Colaco as a gift to Mother Theodosia.

A hostel for the working women was a great need of Kasaragod, since it became the Head Quarters of the newly formed District. The hostel was blessed on January 1st 1988 on  the Feast  of the Mother of God. A day care centre too was attached to the hostel for the children of the working women. The Golden Jubilee of the Convent and the school was celebrated on February 17th and 18th 1990 with the laying of the foundation stone for the Jubilee Memorial School Block by Rt. Rev. Dr. Basil D’Souza, Bishop of Mangalore. Madonna School had won a reputation for it’s excellence. The new school building with the modern infra structure was blessed by the Bishop of Mangalore, Rt. Rev. Dr. Peter Paul Saldanha on 25 th November 2019.